This documentary exposes the failure of family courts to keep children from being used as a weapon after separation. Courts decision ends up completely erasing one parent, causing severe emotional trauma to children. Psychologist refer to extreme cases as parental alienation, which is a form of Child Psychological Abuse. Essentially brainwashing and manipulating children by one parent to hate or despise the other parent. This results in severe psychological damage based on scientific findings, including depression, low self esteem, drug abuse, being alienated from own children and suicide. Family court reform is badly needed, as this is preventable pandemic affecting over 20 million children in the United States (Harman et al).
Tech specs – Reviews
Title: Erasing Family
Duration: 1 hr 32 min
720p.WEB
Aspect Ratio: 1280*714
Frames: 23.976 fps
Audio: English 2.0
Size: 851.11 MB 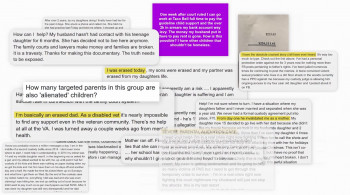 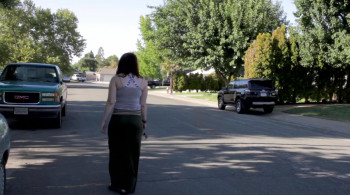