Everyone Says I Love You

Djuna Berlin – D.J. to most that know her – serves as the narrator of the current stories associated with the ultra-wealthy, ultra-liberal and all-inclusive Park Avenue household in which she lives, which was formed by the marriage of her mother Steffi, always working on one cause or another, and Bob Dandridge, a lawyer. The one current blight in the house is Bob’s son from his first marriage, Scott Dandridge, who has recently begun to espouse ultra-conservative philosophies and politics. Steffi and Bob’s two offspring together, mid-teens Lane Dandridge and Laura Dandridge, are like two peas in a pod, which may become a problem in they both liking the same boy they see around in the neighborhood. Skylar Dandridge, Bob’s other offspring from his first marriage, is in love with Holden Spence, who works in Bob’s firm. Holden, who has no sense of what it means to be romantic, asks for D.J.’s help in devising a memorable marriage proposal to Skylar. Skylar, who is a bit of a neophyte when it comes to love, may believe there are other things out there besides staid Holden, especially as Steffi exposes the household to the down and out through her philanthropy. D.J. tells herself she doesn’t see getting married like Skylar as she goes in and out of one pseudo-serious relationship after another. One other person D.J. talks about is her “real” father, Steffi’s first husband, Paris-based writer Joe Berlin, who both Steffi and Bob consider a good friend. Joe is reeling from his latest breakup with a woman named Giselle, he bemoaning how his relationships never work. D.J. believes the woman to who Joe has recently been attracted to from afar would be the perfect woman for him based on inside information D.J. has about her which she feeds to her father to play upon the woman’s deepest fantasies. The fact that she is married is inconsequential, at least in this situation.
Tech specs – Reviews
Title: Everyone Says I Love You
Duration: 1 hr 40 min
720p.BluRay
Aspect Ratio: 1280*718
Frames: 24 fps
Audio: English 2.0
Size: 925.15 MB 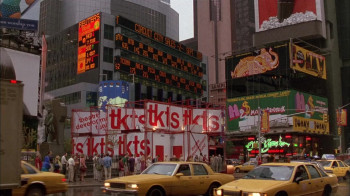 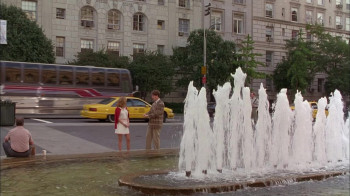