Helmut Newton: Frames from the Edge

A camera crew follows Helmut Newton, the fashion and ad photographer whose images of tall, blond, big-breasted women are part of the iconography of twentieth-century erotic fantasy. He’s on the go from L.A., to Paris, to Monte-Carlo, to Berlin, where he was a youth until he escaped from the Nazis in 1936. We see him on shoots, interviewing models, and discussing his work. It’s not art and it’s not good taste, he tells students. We meet June, his Australian-born wife, whom he married in 1948. Three actresses talk about working with Newton and how posing is different from acting. A heart attack in 1973 helps Newton re-focus, resulting in more personal photographic projects.
Tech specs – Reviews
Title: Helmut Newton: Frames from the Edge
Duration: 1 hr 39 min
720p.BluRay
Aspect Ratio: 968*720
Frames: 29.97 fps
Audio: English 2.0
Size: 918.29 MB

Sigourney Weaver as Self

Faye Dunaway as Self

Charlotte Rampling as Self

Candice Bergen as Self
Screenshots 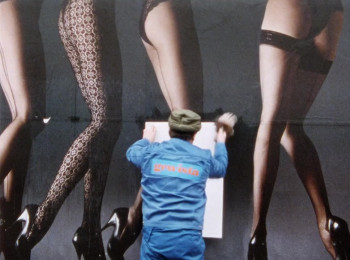 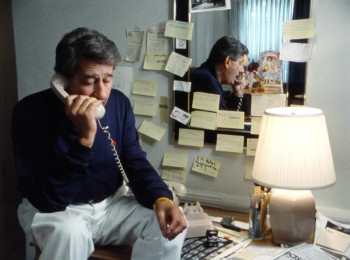 A Spanking in Paradise
Related Movies