Out of the Past

In a small town in California, the mysterious Jeff Bailey owns a small gas station and is in love with the local Ann. When a stranger just arrived in town meets him, Jeff is ordered to travel to meet the powerful criminal Whit Sterling. Before traveling, Jeff calls Ann and tells her the story of his life, when he was a private eyes hired by Whit for US$ 5,000.00 to find his former mistress Kathie that had shot Whit and stolen US$ 40,000.00. The competent Jeff finds Kathie in Acapulco, but she tells him that she had not taken Whit’s money and they fall in love for each other and escape from Whit. When the former partner of Jeff, Fisher, finds the couple living in an isolated cabin, Kathie kills him and Jeff buries his corpse. Jeff accidentally finds the receipt of deposit of the amount in Kathie’s purse and leaves her forever. When Jeff meets Whit, he surprisingly finds Kathie living with him; Whit asks Jeff one last job to get even and release Jeff from his debt. But Jeff finds that Whit is actually framing him.
Tech specs – Reviews
Title: Out of the Past
Duration: 1 hr 37 min
720p.BluRay
Aspect Ratio: 1280*720
Frames: 23.976 fps
Audio: English 2.0
Size: 757.39 MB
26

Dickie Moore as The Kid
Screenshots 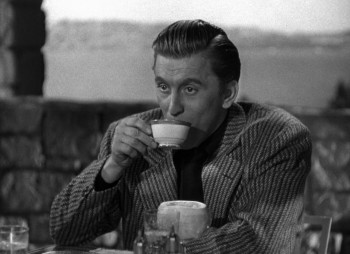 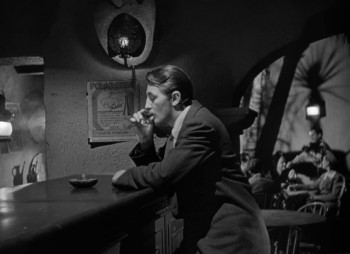