Meeting each other for the first time in the gift shop of the Las Cruces, New Mexico hotel where they are both staying, there is an undeniable and mutual attraction between Julia Mann and Kevin Vallick, with things they share being their insomnia and both being writers. That attraction may take a turn when they find out at an inopportune time that he is now not the television sitcom writer she believed him to be and she is now not the reporter he believed her to be, but rather they are both speechwriters for opposing candidates for the one open New Mexico senate seat, she writing for Democrat Lloyd Wannamaker, and he writing for Republican Ray Garvin. Beyond issues within their respective campaigns they may have let slip in their pillow talk, they have to decide if love and politics can mix. Their situation is further complicated by: Julia’s ex-fiancé, war correspondent Robert Freed – nicknamed Baghdad Bob – trying to win her back, she who broke up with him believing he wanted a …
Tech specs – Reviews
Title: Speechless
Duration: 1 hr 39 min
720p.BluRay
Aspect Ratio: 1280*688
Frames: 23.976 fps
Audio: English 2.0
Size: 911.22 MB 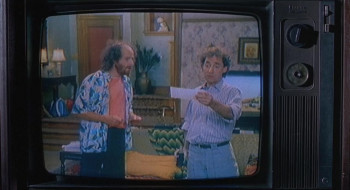 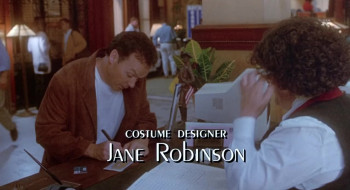