Josie Wilder is an executive at the New York based marketing company, Best Foot Forward. Despite loving her family – she always having considered her sister Ellie her best friend – all who still live in their small hometown of New Hope, North Carolina, Josie rarely gets to see them as work always takes priority. Josie’s planned trip home in a month’s time happens earlier when Ellie and her husband Aaron are killed in a vehicle accident. While everyone in the family expects that Ellie, Josie and their tech brother Jeff’s parents, restaurateurs Pete and Kate Wilder, will assume custody of Ellie and Aaron’s two offspring, young teen Ben and tweener Delilah, Ellie and Aaron throw them all for a loop as they, without telling her or anyone else, have stipulated in their wills that they want Josie to have custody. Josie has to figure out why Ellie chose her to look after her children, she not the obvious choice to her or anyone else, especially Pete who has always seemed to resent Josie’s choice to leave New Hope as quickly as possible when she became of age. It is also not obvious to either Ben or Delilah, who, while still loving their aunt, always negatively define her in terms of “the city” i.e. New York, when anything goes wrong in her attempted parenting of them in their grief. It is especially difficult for more sensitive Ben who is going through his first case of puppy love for a classmate, Lily, from who he is not certain if the feelings are returned. Beyond her family, helping Josie figure things out is Cooper Avchen, her high school sweetheart and Delilah’s basketball coach, he only having recently returned to town after being away in “the city” like Josie, in his case Atlanta. —Huggo
Tech specs – Reviews
Title: Sweet Carolina
Duration: 1 hr 24 min
720p.WEB
Aspect Ratio: 1280*720
Frames: 23.976 fps
Audio: English 2.0
Size: 777.36 MB 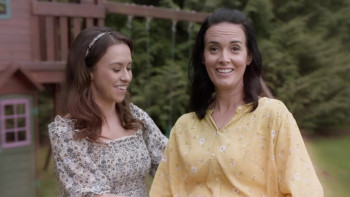 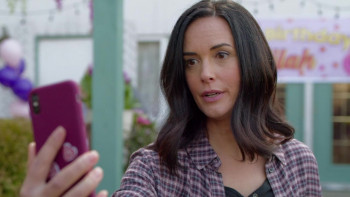