The well-off Joneses – husband and wife Steve and Kate, and their two high school student offspring Mick and Jenn – have just moved into a McMansion in an upscale neighborhood, they, among the “beautiful” people, outwardly affable and thus easy to make friends, who like to display and share their status-symbol toys with those they meet. The reason for this situation is that it is their job in not really being a family – none whose real surname is Jones – but the latest comprised unit of a stealth marketing company, their performance measured by how many units of their clients’ merchandise they are able to sell to their targets i.e. their neighbors and others within their newly developed social circle, and the percentage increase in month to month sales, each situation for a year or two before moving on to working within the next unit of “Joneses” in another neighborhood. This unit is Kate’s first as lead, she, a veteran in the industry, who is all business in striving for moving into the highest status level of the company in dealing with the highest end products. While their overall initial performance is good to excellent, cracks are slowly starting to form in the unit, Kate who has to deal with them as she is effectively the boss. Mick is getting tired of the make believe in hiding something inherent about his being. Jenn has a growing penchant for more mature men, this neighborhood ripe with them, including one in her own household. And for Steve, this his first job in the industry as a failed golf pro turned car salesman – hence he tasked largely with pushing cars and golf equipment – he took this job largely in moving into middle age and secretly wanting a real family, he potentially seeing Kate not only as a make believe wife. Their situation in this neighborhood reaches another level of complexity in dealing with their next door neighbors, the Symonds, Summer Symonds who is all about those status symbols as she too tries to push her beauty products to the neighborhood wives, and her husband Larry Symonds who does whatever he can to make Summer happy in a less than ideal home life.
Tech specs – Reviews
Title: The Joneses
Duration: 1 hr 35 min
720p.BluRay
Aspect Ratio: 1280*720
Frames: 23.976 fps
Audio: English 2.0
Size: 880.33 MB 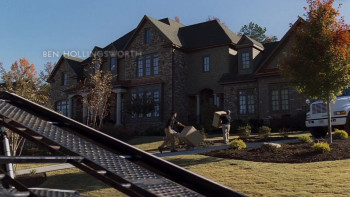 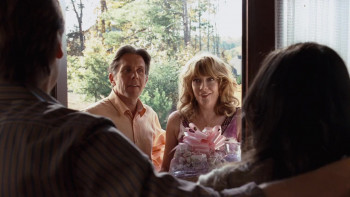