Women of the Night

In the post-war Japan, Fusako Owada lives in the home of her mother-in-law with her baby that is ill while waits for the return of her husband from the war. When she learns that her husband has died and her baby also dies, she moves to another city with her neighbor Kumiko Owada to work as secretary executive for the opium dealer Kenzô Kuriyama. One day, she stumbles upon her missed sister Natsuko Kimijima that has returned from the Korea on the street and she learns that Natsuko works as a dancer in a night-club. Natsuko moves to Fusako and Kumiko’s apartment and soon she has a love affair with Fusako’s boss. However Fusako is secretly Kuriyama’s mistress and upset, she vanishes. One day, a client of Natsuko in the night-club tells to her that he saw Fusako in the Red Light District. Natsuko that is pregnant decides to seek her sister out in the prostitution area. Will she find Fusako?
Tech specs – Reviews
Title: Women of the Night
Duration: 1 hr 13 min
720p.WEB
Aspect Ratio: 956*720
Frames: 23.976 fps
Audio: Japanese 2.0
Size: 679.8 MB 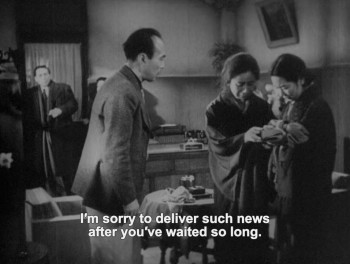 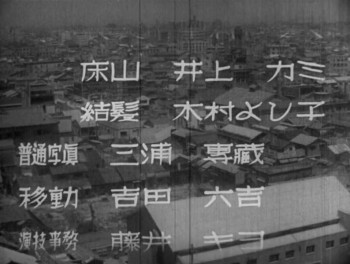