Prepare yourself for the hottest pool party of 2022! Slip into your best costume, grab your friends and fight for the trophy in many different chaotic levels!

Reef Rivals is an upcoming couch coop party game!With Reef Rivals, we want to put the couch back into coop gaming! This game is supposed to be a simple yet fun local party game to enjoy with friends, not more, not less.GAMEPLAYIn Reef Rivals, you will compete against your friends in so-called “Cups”. Cups can be played either as duos, trios, or squads and consist of a random selection of 3 minigames. You can score in each game based on your placement. In the end, the player with the highest score will win the cup!The game focuses on short, fast-paced minigames that usually don’t take more than 3-4 minutes or less to finish. After finishing just pass the controllers around and dive back into the action! No long wait times for that one friend that never gets to play first.At launch, the game will come with around 10 different minigames which are randomly chosen for each cup.With each completed cup, you will collect points! Points are the in-game currency that is used to unlock new characters. 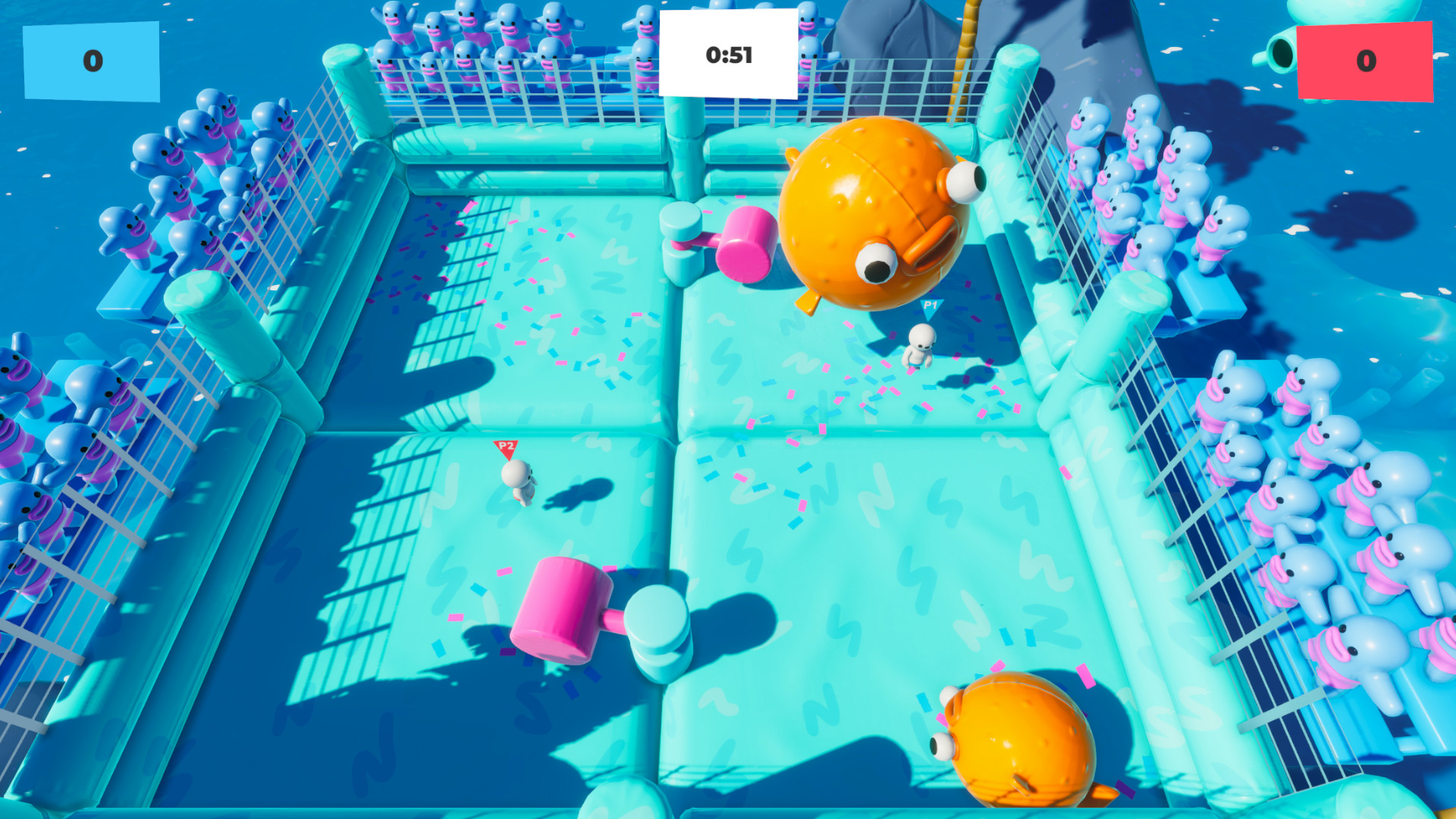 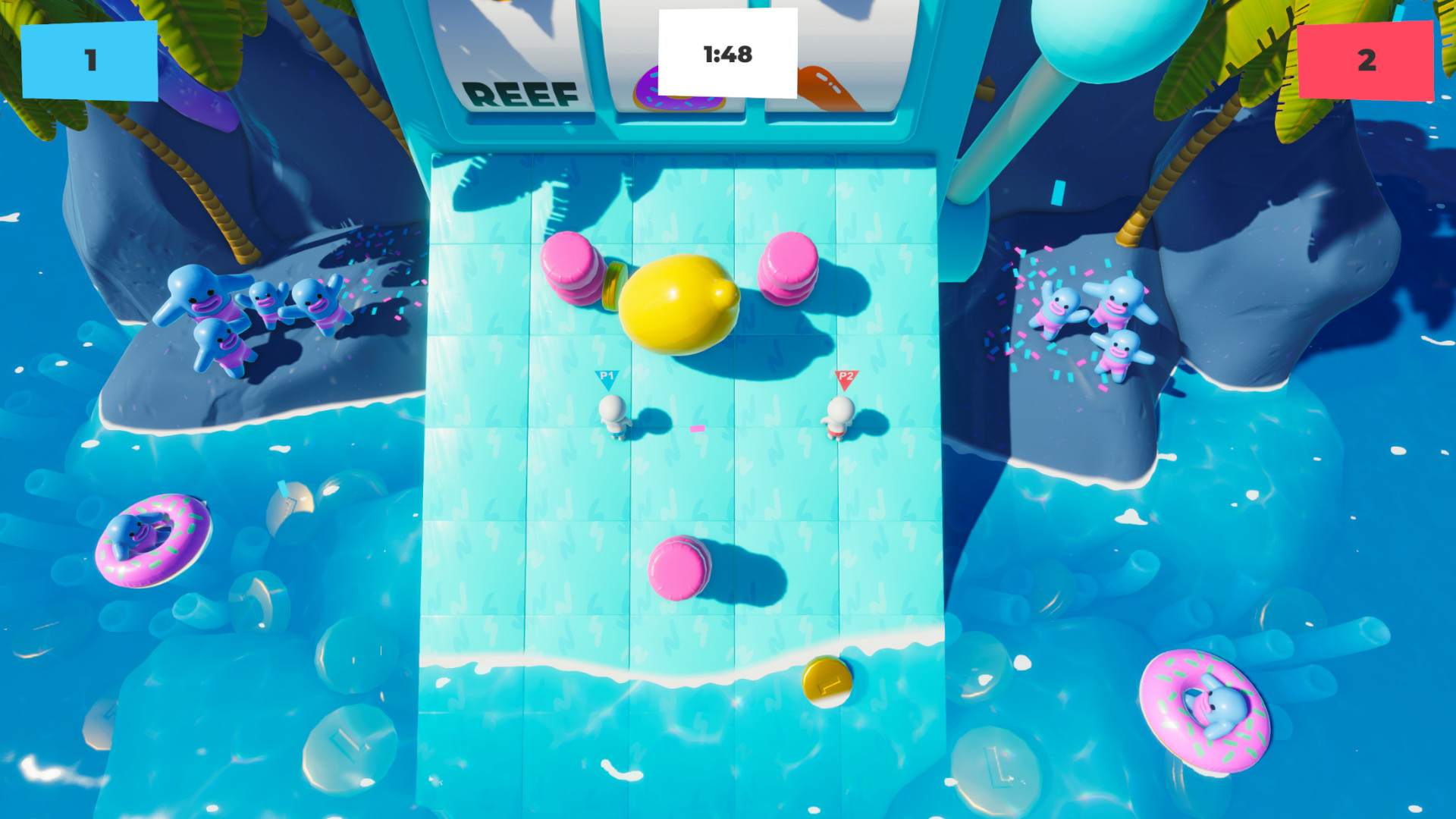