Dancing at the Harvest Moon

English literature teacher Maggie Webber accidentally sees her husband, lawyer Tom Webber, kiss Brigitte. When she confronts him, he says to love another, after 25 years of happy marriage, with a daughter in college, Diane. After Maggie learns from a friend Tom’s numerous adventures were widely known, she returns for the summer holiday to Little Bear Lake, where she had her best summer at 18, and met, working as dance hall waitress, her first love, Patrick Fleming, a handsome romantic whom she left to return to her sick, widowed father. After learning Patrick married the next year and died years ago, Maggie decides to take sabbatical year and a bank loan to buy and reopen the Lake’s old dance hall, The Harvest Moon, to great local acclaim. At the mooring dock, which Patrick built in their days, she meets his handsome young adult son, John Keats Fleming (middle name after her favorite poet), who is engaged to Amy and a woodcarver, so he works as foreman at the Moon’s restoration. At …
Tech specs – Reviews
Title: Dancing at the Harvest Moon
Duration: 1 hr 26 min
720p.WEB
Aspect Ratio: 1280*714
Frames: 23.976 fps
Audio: English 2.0
Size: 790.64 MB 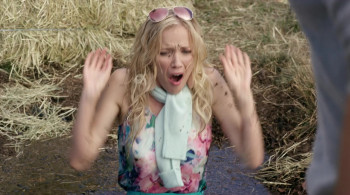 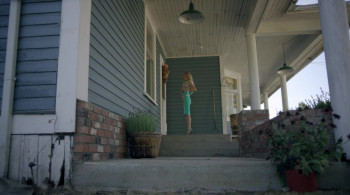