In this show, Neville narrates stories about his struggles with his age, bring orphaned, adulthood, death, depression, divorce and suicide. This isn’t the only thing that doesn’t make it a regular stand up special, it’s also that he’s doing sitting down. He treats his audience like is therapist and pretty much leaves them bereft of hope but bloated with laughter. It’s dark, it’s poignant, it’s melancholic but it’s hilarious. Considered one of the comics with the darkest material in India, Neville doesn’t disappoint. The topics he deals with are narrated anecdotally, making them approachable. He doesn’t make fun of them; he makes fun about them. Afflictions, vulnerabilities and flaws are a part of human beings and Neville takes his feelings about them, analyses and then presents them. It’s a perspective of someone who is going through them. And you see him crumble and rise with each story, you can also see him going downhill.
Tech specs – Reviews
Title: Going Downhill by Neville Shah
Duration: 12 hr 53 min
720p.WEB
Aspect Ratio: 1280*704
Frames: 25 fps
Audio: English 2.0
Size: 488.02 MB 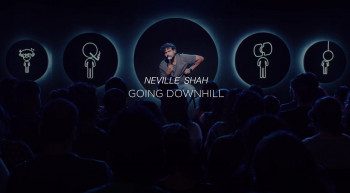 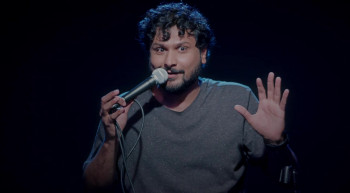