Ole and Chick are making a movie, but the director is not satisfied. So he brings them to a young writer, who outlines them an absurd story. They have to support Jeff and Kitty in setting up a musical revue in their garden and want to bring it up on Broadway. If Jeff is successful he can marry Kitty. But there is his rich friend Woody, who also loves Kitty, Chick’s sister Betty, who’s in love with a false Russian count, and detective Quimby. They all make the thing very complicated for Ole and Chick. After some mistakes they think that Kitty isn’t the right girl for Jeff and they start sabotaging the show, but the Broadway producer is impressed and signs the contract. That’s the story the writer tells them. For this he’s sued by the director.
Tech specs – Reviews
Title: Hellzapoppin’
Duration: 1 hr 23 min
720p.WEB
Aspect Ratio: 968*720
Frames: 23.976 fps
Audio: English 2.0
Size: 769.67 MB 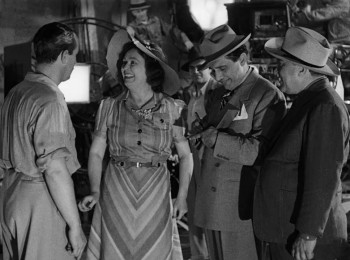 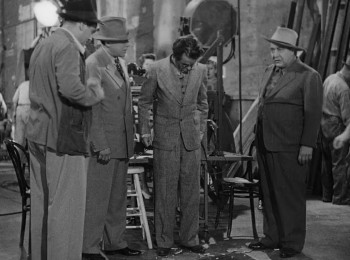