A great man, Ivan Bahn creates an underground train system (Metro) that links all of Europe with the idea that openness and mobility are the solution to the worlds problems. Then he falls to his own weaknesses. Starting in the late 1990s, though a parent company, Trexx, all people are being watched though a camera in their television then in the recent past, a new technology has evolved, “organic computer chips”, which are introduced within a shampoo called Dangst and administered though the pores of the skin. These organic computer chips then create synapses to the subjects brain and using the subjects hair as antennae the human subjects brain is then directly linked to an AI surveillance and control mechanism and the human “handlers” that work there. It’s hopeless as AI soon will control all of human experience and actions…or is it? There’s one person, equally strong as Ivan Bahn and without his weakness “fear, sorrow, anger” that caused him to become corrupted. Will the hero fix things and bring Mr. Bahn’s initial intentions into fruition? This superb film is quite difficult to understand as much is not stated explicitly but is rendered to the viewer though a careful consideration of the characters motives and connecting the clues, right down to why a child’s toy of all things. Unsere “Rosebud” Vater…Sie verstehen…Wiedersehen mein Held. A “quality kill” if ever there was one.
Tech specs – Reviews
Title: Metropia
Duration: 1 hr 25 min
720p.BluRay
Aspect Ratio: 1280*690
Frames: 24 fps
Audio: English 2.0
Size: 788.02 MB 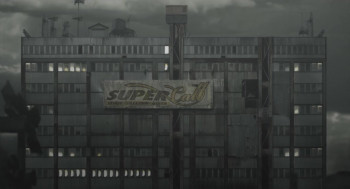 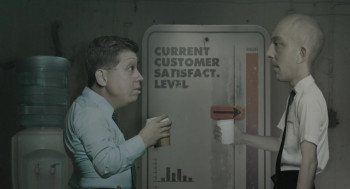