On the eve of her 16th birthday, Sylvie’s father needs cash to stay in his castle so he sells Sylvie’s favorite thing, a painting of Alain, the lover of Sylvie’s grandmother, killed in a duel. Alain’s ghost lives in the castle and Sylvie senses his presence, thinks she loves him, and fears that romance from the living will never come her way. Dad prepares a midnight surprise for Sylvie and her party guests: the appearance of the phantom. He’s hired an actor, but two young men in love with Sylvie also volunteer to don white robes: Fred, the rich kid who bought the painting, and Ramure, a jewel thief in hiding. The youths declare their love, and Alain’s ghost helps resolve all.
Tech specs – Reviews
Title: Sylvie et le fantôme
Duration: 1 hr 37 min
720p.WEB
Aspect Ratio: 988*720
Frames: 23.976 fps
Audio: French 2.0
Size: 898.22 MB

Jacques Tati as The Ghost of Alain de Francigny
Screenshots 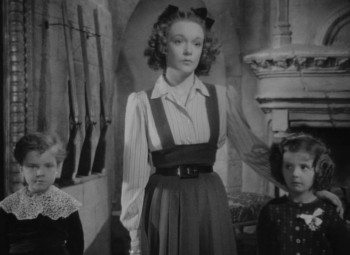 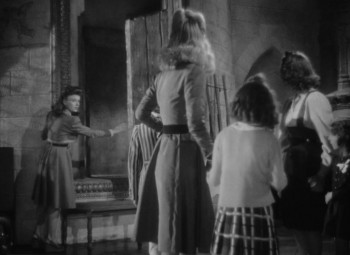